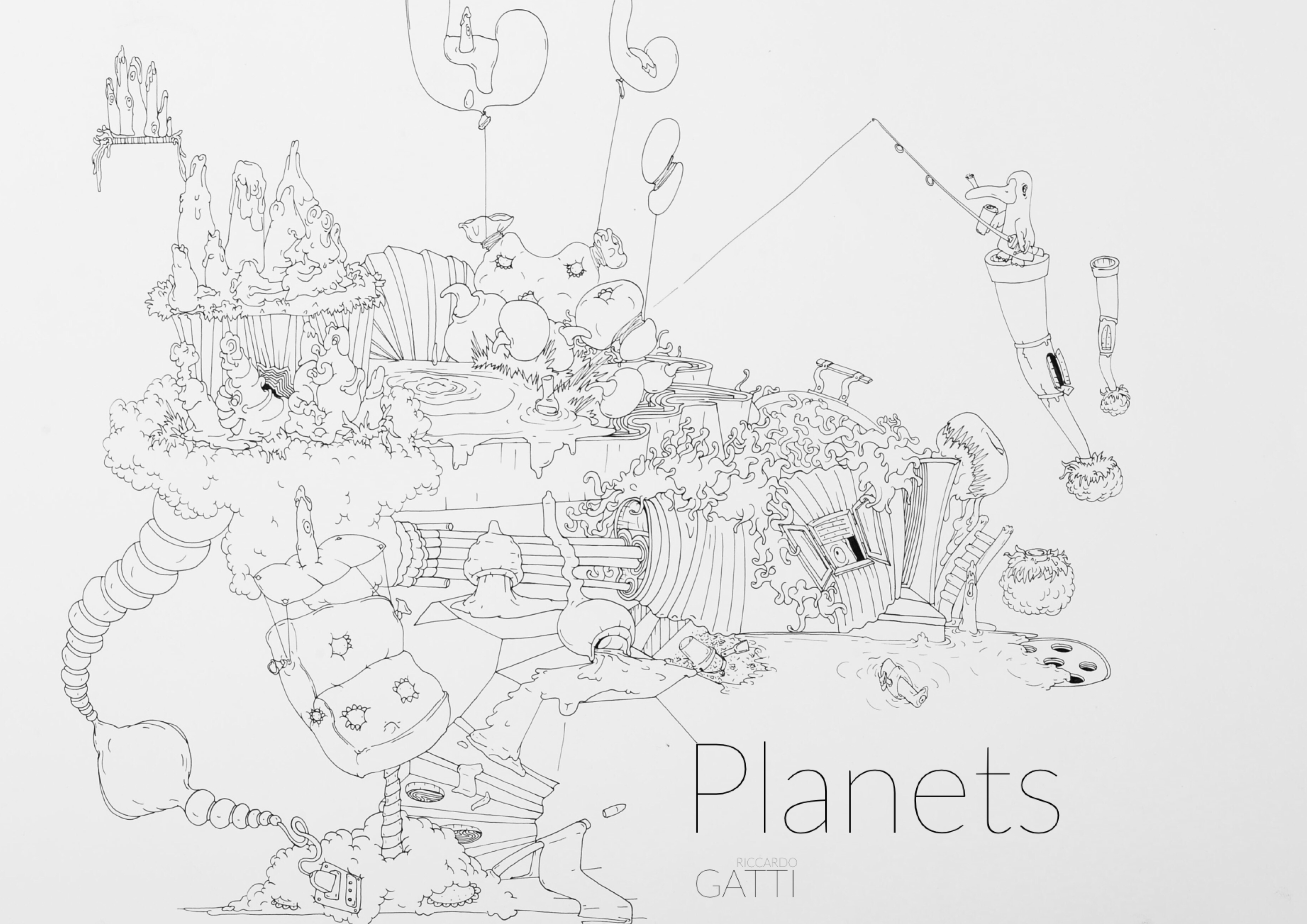 “Doodle Planets”
takes shape from the necessity to populate the celestial bodies of the “Planets” collection. The onyx which, from the earth’s guts, suggests “I am a planet”, this time invites the artist in its home to represent its inhabitants, its primordial fluids and its vital forms.
Planets’s population process happens through a system of automatic drawing, which aims to bypass the psyche’s rational and cognitive component, in order to access a deeper conscience, a primordial substratum named by Jung “collective subconscious”.
This explorative process involves a temporary detachment from the external world to allow the mental conditionings related to the context, and the personal experience and history to be eclipsed in favour of the undergoing process.
It is possible to support such state of mind for a limited time, alternating it with moments of concrete rationality. The substantial difference between the artist and the patient affected by psychosis is in the control and mastery of such dissociative state: the artist manages to direct and to channel this system whereas the psychotic is overwhelmed and drowned in a sort of shipwreck of the psyche.
It is hence a completion of the collection “Planets”, those planets once so far away are now available through a transfiguration: the artist has trespassed the threshold, and, in his stay on the different planets, has represented what he was able to observe.